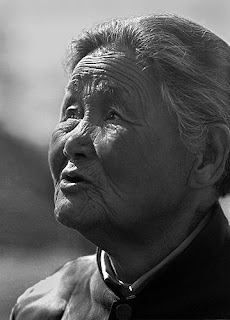 A Straits Times article, about retirement, savings and Singaporeans' expectations.

ST Aug 11, 2007
Retire? Not so soon, say many
Singaporeans polled
They need to carry on working because of worries
over insufficient savings
By Lydia Lim

SINGAPOREANS are in no hurry to retire and most want to work beyond the official retirement age of 62, some even into their 70s.

It's a case of 'CPF no enough' for many of these workers.

Seven in 10 polled last month in a Straits Times Insight survey on CPF said they do not think their savings in the national pension fund will see them through old age.

Six in 10 of them said the same of their Medisave funds for hospital bills and specified treatments.

The survey of 636 Singapore residents aged 30 and above found that apart from CPF, 77 per cent expect to be able to draw from other sources of retirement income, mainly savings, investments and insurance.

But a significant minority of 23 per cent had nothing else set aside.

One cause for concern is that only one in two Singaporeans has done any financial planning for retirement.

Even fewer, three in 10, have done their sums on how much they need to squirrel away.

What may mitigate against any resulting savings shortfall is their willingness to work beyond the retirement age of 62. Some two-thirds said they plan to do so.

Of these, one-third are willing to work up to age 65, another third up to age 70 and the remaining third into their 70s.

The journalist has got her thinking hat on backwards. The truth can be stated much more simply. It doesn't really matter what the "official" retirement age is. You will go on working as long as you (a) need the money, and (b) are still able to keep working.

Unless you regard suicide as an alternative, you don't have a choice. What were you thinking - that Singapore is a welfare state?

Blue-collar and lower-income workers are the most likely to want to work longer.
Eight in 10 plan to do so, against six in 10 among professionals, managers, executives and business types, or those drawing more than $3,000 a month.

Older Singaporeans are also more likely to want to work past the retirement age than those in their 30s.

The vast majority - 83 per cent - are however against a recent suggestion by ministers to raise the age when they can draw down their CPF minimum sum. It is currently 62.

The only practical significance of the "official" retirement age is that it is also the age when you can start utilising (in tiny little monthly instalments) your CPF minimum sum. For an explanation of how this works, refer to my old post here.

The survey findings also revealed a good amount of ignorance of the workings of the CPF system. Seven in 10 do not know how much they had in their CPF accounts.
And one in two does not know the rate of return on CPF savings.

The top two changes CPF members would like to see are more flexibility in the use of their money, and a higher interest rate on their savings.

Financial experts and Members of Parliament said it is good that Singaporeans feel no false sense of security over their retirement finances.

Manpower Minister Ng Eng Hen emphasised in an e-mail interview that a critical factor in determining what is enough for retirement is how long people work in relation to how long they can expect to live. Average life expectancy has risen from 61 years when CPF was introduced in 1955, to 80 today.

I believe that in the long run, what will catch many people off-guard is how long they end up living. Life expectancies (except in very poor countries) have steadily been rising over many decades and the curves don't seem to show any sign of topping off.

If you google around to check out what the scientists and doctors have to say about new medical discoveries and research and their implications for how long people are going to live, well, you'd probably be quite startled. Anti-aging medicine has become an industry in itself.

The question is - how long can you afford it? Not the medicine. I mean - life itself. Living 10, 20 years longer than you expected means that you need money to support yourself for an additional 10, 20 years. That's a pretty long time.

Singapore today is not Singapore yesterday. As we move forward into the next decade, I feel that we should be prepared and face whatever may thrown in our faces. Singaporeans should know better. Since the day we enter national service, it is a process to toughen ourselves and help each other. Help Singaporeans because we are a family? I believe that spirit is waning.

"What may mitigate against any resulting savings shortfall is their willingness to work beyond the retirement age of 62. Some two-thirds said they plan to do so.

Of these, one-third are willing to work up to age 65, another third up to age 70 and the remaining third into their 70s."

You notice this journalist uses the word "willing" in each paragraph.

It suggest in a very subtle way, there was a matter of choice involved, but as you very rightly pointed out, its a matter of survival, so where does the issue of willingness arise?

Forgive me I may be stupid, but I am not thick.

This reminds me of a recent article I read abt how things can be put into your head without either your knowledge or permission, usually it builds up like plaque, slowly [I dont like them, but I like what they write, so I shan't mention who they are]

Its only when we really tune it that we can slowly begin to feel the edges.

I wonder there are so many words to use in the English language, why choose willing? With all its positive connotations.

Maybe it time to call a spade a spade?

It appears that most Singaporeans aren't very good at financial planning either (cf: few people investing their CPF despite horrendously low interest rates). What would you recommend for someone interested in being more proactive about their finances? Would you recommend different reading material for different age groups?

Suicide doesnt have to be the only way; the efficient Singapore government can organise a "Renewal ceremony" for all those who turn 70. Makes financial planning so much simpler and put an end to the problem of the ageing population. Variations can include a lottery scheme where only retirees can participate, and the lucky winner gets a oneway trip to the paradise called "The Island".

Jokes aside, I agree we shouldn't plan for a day we stop working. We should stay economically active no matter how old or rich we are, because the future is too hard to predict - just work towards an economic activity you enjoy doing; no point earning big bucks only to feel like jumping off the building everyday. The financial turmoil in the past weeks taught me that really, we cannot plan for every single scenario in the future. If ever Singapore hits the Zimbabwean 4 digit percentage annual inflation, every bit of retirement savings will turn to dust. As much as I dislike the Singapore government, I feel their excellent control of inflation, until early this year anyway, has been under-appreciated.

Chronology of a typical person

So a 35 year period of economic productivity equates to a period of 10 years of retirement.

The problem comes when one exceeds the 65 year limit.

There are several solutions to this

Pragmatism
Increase the productive period in accordance to life expectancy.

Until the day that people are willing to accept a high tax regime (some would argue that this is already the case), status quo prevails.

Moralising about what should be, usually transforms into deathly silence, esp. when it exacts a cost to those who believe that they are unaffected.

If one believes one to be accountable only to oneself, then capitalism rules.

If one believes one to be accountable to a "higher being", then socialism would be in order.

If one believes one to be accountable only to economic imperatives, then pragmatism rules.

Keep working so long there's the need to or for want of meaningful use of time due to no other interest. Reality is brutal in a resourceless(unoccupied fertile land and sea) country, so have option to beg, to starve and to die for there are no alternative.

Capitalism only works when there is economic freedom. That is, if you want to buy a taxi and become a taxi owner, you can. Likewise for mini buses.

But in Singapore, you cannot become a taxi owner even if you wanted to. You have to buy a fleet to begin with to start a company. So the barrier to riches is a lot higher and if you look around, the money making businesses are all monopolised by the government.

So the Capitalist freedom for the individual to strike it big is not there and since the state owns all the lucrative assets, onus is on the state to afford a good salary that provides for a decent life. But alas, state enterprises are all privatised and answer to shareholders more than they do so to us poor employees.

You know why the govt always say we have no resources? It is another way of saying, I have no money to give you, so work your ass off to feed my money churning singapore incorporated. Honestly, what is the basis for our lucrative port and trading businesses? Our strategic location isn't it? Isn't that our valuable resource?

"Until the day that people are willing to accept a high tax regime (some would argue that this is already the case), status quo prevails."

Or, you could have a socially responsible libertarian society.