The Singapore Writers Festival has just ended. I was a "Featured Author" (that's the term they use) for an event on the last day. It was a panel discussion at the National Museum. The other panellists were Pat Law and Yu-Mei Balasingamchow, and the moderator was Dr Gwee Li Sui. The session was provocatively entitled "Why Facebook Killed The Blogger".

When I first showed up at the venue, it struck me as rather large. I had expected a smaller venue. To my surprise, people streamed in steadily and the seats were filled up pretty quickly. It was almost full-house by the time we got started. I didn't do an exact count, but I estimate that about 100 people showed up for our one-hour discussion (which was about writing on the Internet).

I spotted a number of other writers in the audience, including Felix Cheong, Chris Mooney-Singh and Dave Chua. The audience was very lively during the Q&A session, and the questions came thick and fast. There were questions about whether the popularity of Facebook was rendering the blogging platform obsolete; and the importance of writing quickly about hot topics in order to get high readership.

Someone asked about whether prolific bloggers were better off spending their time writing actual books and getting them published. Another person asked if blogging (as well as other electronic media such as Twitter and SMS on phones) was lowering the standard of written English. Juz cos many guys n gals will rite like dis, u know. :)

It was an interesting session, and we eventually ran out of time. I didn't get to respond to all the questions as thoroughly as I would have liked, but I guess that was somewhat inevitable. The National Arts Council paid me $250 for my time, which is nice because I do several talks in different capacities on different topics every year, but I rarely get paid. 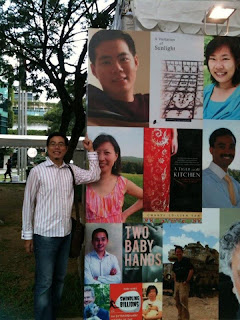 Poetry, Music and Some Memories

So last Tuesday night, I found myself back in my old secondary school. At least that's what it's used to be. Today it's more commonly known as the Singapore Art Museum. I had a few small moments of nostalgia, wandering through its hallways trying to figure out where the school canteen and the P.E. room used to be. 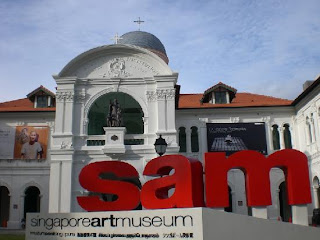 I was there for the 10th anniversary celebration of the Quarterly Literary Review Singapore, held in conjunction with the Singapore Writers Festival. QLRS is a website founded by my friend and fellow writer Toh Hsien Min which over the past decade, has published a rather impressive collection of poems and prose  from many writers, both local and foreign.

It was a pretty decent turnout. I estimate that there were more than 100 people in the audience. I was one of the invited readers, and I chose to read three of my old poems published in QLRS 10 years ago. Here's one of them:

Let there be trees, the man said, and lo and behold,
there were trees – rain trees, angsanas, flames of the forest,
causarinas, traveller’s palms and more – springing up against
the steel and concrete of the expanding city.
Even as the true towers of the city climbed higher
and higher for the heavens, the trees were planted, replanted,
transplanted, watered, fertilised, and groomed to grow
and grow. They appeared overnight, abandoned the
chaos of jungle, bent to the will of man, grew in straight lines,
in squares and rectangles, in allocated corners,
in car parks, along highways, outside banks and buildings,
faithful to the commandments of urban developers.
The hard lines of architecture were softened,
the rain did fall, the green did gently, gently grow,
and in his seventieth year, the man was pleased,
as he rested, as he viewed his work, as he felt the weight
of a nation’s soil run slowly through his old green hands.


The poem is about Lee Kuan Yew and one of his pet projects - the greening of the Singapore cityscape. At the same time, the poem also alludes to his vast power and his grip on the country, and reminds us of  the extent of social engineering that goes on in our interesting little island-nation.

At the QLRS event, apart from the literary readings, there were also musical performances. One of them was by Kelvin Tan - a writer, singer & songwriter who is also a part-time lecturer at the Lasalle School of Fine Arts. Here is Kelvin's folksy, unplugged performance, of one of his own original songs:


I liked that. It starts off on a quiet note, but gets more exciting later. Yes, if you want to be fussy, you can quibble about some details - but overall, it was a very good performance, done with passion and feeling. And Kelvin's hat is so Elton John-ish. :)
2 comments:

On Sonny Liew, Art and Poems

Several developments on the creative writing front, for me.

Firstly, the Straits Times and the National Arts Council have invited me to write a children's poem, for publication in the newspaper. It would be part of a series to promote little kids' interest in reading and writing. This is quite a new thing for me, as I have not written for children before. But I figure I'll give it a shot. I have promised to deliver a limerick or a nonsense poem - not the kind of writing I would normally do, but I think that this would be fun for kids.

Next, my publisher tells me that he's in the midst of negotiating a contract with Singtel. I'm not too clear on the details yet, but it's got to do with Singtel wanting to purchase Singapore creative writing for an e-platform that it will be launching. If this works out, then some Singapore writers' poems and short stories - including mine - may soon become downloadable on your iPad, iPhone or other smartphone.

Also, on 25th October, I'll be reading some poems at the 10th anniversary celebrations of Quarterly Literary Review Singapore. QLRS is a well-known literary website in Singapore, manned by a team of editors including Toh Hsien Min, Yeow Kai Chai and Cyril Wong. Unlike many other short-lived wannabes, QLRS has actually succeeded in staying alive for a decade, regularly publishing poems, short stories and book reviews. Very commendable, and I'm pleased and proud to participate in their upcoming event.

A few days later, on 30 October, I will be a panelist on a discussion entitled "Is Facebook Killing The Blog?". This event is held in conjunction with the Singapore Writers Festival. Feeling a little unsure about how this particular event will pan out, but what the heck, I'll just go and fearlessly give my two cents worth.

Perhaps most interestingly of all, my publisher tells me that he's been approached by HDB and NAC, concerning one of my poems. Apparently, the proposal is to use this poem to decorate a new HDB block somewhere in Sengkang, together with a mural by award-winning comic-book artist Sonny Liew (who will paint something to illustrate his interpretation of my poem).

Now, that would be something really new and fun for me - to see my poem with a painting, up on a building wall.

Hey, look who's right over here. Me.

The writers participating in the Singapore Writers Festival include the usual suspects from the local scene (Catherine Lim, Alfian Sa'at, Ho Minfong, Edwin Thumboo, Toh Hsien Min, Dave Chua and SuChen Christine Lim, to name a few). And there is also a generous dose of foreign authors including Francis Lelord, Joe Haldeman and Steven Levitt. 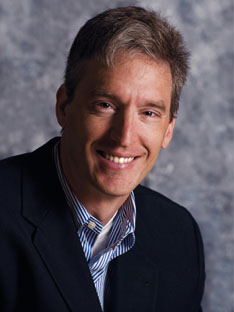