Snakes and Other Creatures

A letter to the ST Forum:

MY DAD came across a 1m snake in the grass area about 10 steps away from the bus stop in Upper Thomson Road on Dec 17.

He told me to call the relevant authorities before the snake slithered to the bus stop, or to the nearby terrace house.

When I contacted the Agri-Food and Veterinary Authority (AVA), the operator transferred me to the unit which she claimed could help in this matter. However, the woman who picked up the call did not even give me three minutes to speak. When she heard 'snake', she said 'Call the police please'.

Meanwhile, a commuter at the bus stop called the police.

I called AVA again and asked the operator if it is indeed the police's job to be catching snakes. She immediately said she will transfer me to corporate affairs but the call was transferred to a mail box instead.

In the next 15 minutes, neither the police nor AVA staff turned up. My dad and I looked on helplessly as the snake slithered back to the bushes and disappeared.

All I can say is that I feel glad for the snake.

Most likely it was a reticulated python (quite common in Singapore). The police are indeed the right people to catch them, but not all police officers are trained to handle snakes.

Captured snakes are passed on to the Singapore Zoo. The zoo receives so many snakes per year that it cannot possibly keep all of them. The zoo simply releases healthy snakes back into forested areas of Singapore. The less-healthy ones are euthanised.

More rarely, cobras are also found in Singapore. These are pretty nasty fellas and are best avoided. Fortunately they will also tend to avoid human beings. I had a close encounter with a black cobra once (near Kent Ridge Park), and it was spectacularly unforgettable. Big black hood, the head rearing up well above ground level, and all of that - very intimidating. A cobra's hiss sounds nothing like what you might expect a snake's hiss to be like. The sound of a cobra hissing is more like a big dog growling. It's pretty scary.

I don't like venomous snakes, but I'm okay with non-venomous ones. I've handled them and petted them on many occasions.

Other animals which I have fed, handled and petted include stingrays, elephants, lions, koalas, wombats, kangaroos, deer, goats, horses, mynahs, dolphins, alpacas, orang utans, giant tortoises, macaws and pigs. In case you're wondering, I do not go on jungle expeditions or wilderness trips. Many of my encounters have been at places such as the Singapore Zoo, Underwater World and similar places in other countries.

I would like to pet a tiger one day. That would be fun. There's a place in Thailand where you can do that. Click here to see the pictures.

But one of my most beautiful wildlife experiences was to hold a hummingbird in my two hands. The little bird had gotten itself lost and trapped inside a building and had grown exhausted, after hours of fluttering around vainly, beating its head against glass doors trying to get out. I gently picked it up, took it outside and set it free.

A hummingbird is so small, and so delicately and carefully designed by Mother Nature. Its fine, subtly luminous colours remind me of a precious jewel. 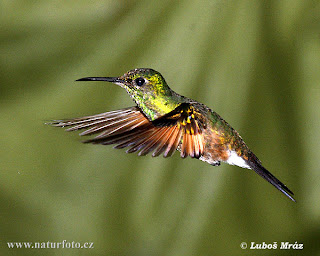 The background to this post is here. So anyway, today I finally got around to taking my little girl for the IQ test.

I didn't tell her that she would be going for a test. I just told her that I was taking her somewhere to play some games. When she asked me what kind of games, I just told her, "Oh, puzzles. Many different kinds of puzzles. They're really fun!".

At the clinic, the psychologist had a brief discussion with me and my wife, and then asked us to leave our daughter behind and come back in 90 minutes. We went off to do some shopping. When we came back, my daughter had completed her IQ test and happily announced to us that the puzzles were really fun and she had enjoyed herself.

We asked the psychologist how my daughter had done. The psychologist said that she couldn't give a definitive answer yet - she had to do some analysis and compute the scores first. However, the rough estimate was that my daughter was well above average on an overall basis, and probably in the gifted range for verbal reasoning, but perhaps not in the gifted range for other areas.

I know the technical term for this. It's "asynchronous development". Human intelligence isn't a single attribute - instead there are about eight different types of human intelligences. For example, a person may be gifted in logic; but average in interpersonal intelligence; and poor in his linguistic intelligence.

Asynchronous development is the term to describe people who are unevenly gifted. The psychologist's comments indicate that my daughter is linguistically gifted - her natural ability to communicate, analyse, reason and express herself by using language is very high - but that she isn't gifted in all other areas.

I guess she takes after her daddy. I know that as a child, I learned to speak, read and write well at an unusually early age (those were my first steps towards becoming, at different times in my life, a top law student; a published poet; a nationally prominent blogger; a litigation lawyer and a writer for the SAF). But at the same time, I also know that I was never smart in the way that my big brother is EQ-smart with people; nor in the way that my other brother is smart with visual images and artistic ideas.

Anyway, it will take some time for the full report on my daughter's IQ to be produced (because the clinic is temporarily closing down for the Christmas and New Year holidays).

I like to think that everyone has a special talent in something, and that the only big difference is that some of us have discovered our gifts, and the rest of us have not. Of course, as a parent, I am particularly interested in helping my own children fulfill their potential.
4 comments:

I was at work. It was about 5 pm. It was going to be another long day (or rather, night). I planned to finish three more tasks before leaving the office.

The first task was to attend a meeting to discuss our new deal with a London-based asset management company acting for a sovereign wealth fund.

The second task was to read a document about the proposed corporate restructuring of one of our clients, a major Asian oil refining company.

The third was to review a set of legal documents that we were planning to sign with a stock exchange. The stock exchange was hoping to receive my comments by tonight.

It was all very serious work. But first I needed to pee. I went to the bathroom, pee'd at the urinal, and casually tugged at the zip to pull it back up.

Unexpectedly, the zip broke off.

Okay ... Not good. Retreated into a toilet cubicle and closed the door. Took off my pants completely and tried to fix the zip back. Not successful. Gave up after 5 minutes.

Put on my pants again and discreetly walked back to my desk. Looked down a few times to inspect myself. Unfortunately, this was one of those pants where the fly, if not zipped up, would open very wide. So wide that one could easily see my underwear. Which happened to be white today, very conspicuous against the dark colour of my trousers.

Under these circumstances, there didn't seem to be much of a choice. I couldn't be seen around the office like this.

Too bad for the sovereign wealth fund. And the corporate restructuring. And the stock exchange. I quickly left the office, clutching my bag somewhat awkwardly at the front of my body. Downstairs, I hopped into a taxi and went straight home.

An early day for Mr Wang, for once.

The manpower jinx in my department continues.

A week ago, one of my colleagues suddenly fell very ill. He had to be sent to hospital. A CT scan revealed a serious problem. It was literally a life-&-death matter. He had to undergo emergency brain surgery. The surgery went well, and he is out of Intensive Care, but he is still in hospital. He won't be back at work for several weeks.

Meanwhile, yesterday, it was announced that another colleague had resigned. Not even bothering to stick around to collect the bonus for 2010. Mr Foreign Talent, who came to sunny little Singapore 4 years ago, with wife and kids in tow, is now packing up and going back to his home country. He hasn't found a new job. He just doesn't want to work here anymore.

Throughout 2010, people have been quitting and most of them have not been replaced. The office has so many empty desks now that it's depressing.

Last night was also my department's Christmas party. All these years, I've always made it a point to go to the Christmas party. This time, I didn't go. I would have liked to. But I had too much work. So instead I was in the office working till slightly past midnight. As I worked, new emails continued to arrive into my inbox - from London and New York. These are the perils of working in a global investment bank - the sun never sets, and the work never ends.

I've been told that I'm well on track for promotion. Barring any unexpected circumstances,m the promotion should happen in February next year. I suppose this is a good thing. I suppose that I should feel happy or excited. On the other hand, I cannot honestly say that I feel happy and excited. Right now, nothing about working here feels happy or exciting to me.

Part of me is angry with myself, because I know that I am responsible for maintaining my own work/life balance. I know that I am at liberty to just walk out at 6 or 7 pm and that no one would say anything about it. What compels me to stay later and later in the office - as the overall manpower shrinks and my own workload grows heavier and heavier - is my own sense of responsibility and professionalism. It's my own warped drive and determination to get my work done, with a certain degree of quality and care.

I was discussing this with another colleague yesterday - he consistently works late too, in fact, later than me. I know that like me, he still tries his best. What did I tell him yesterday? I said that one day, if he notices that I'm regularly leaving home at 6 pm, then this means I don't care anymore and I've given up on this place.