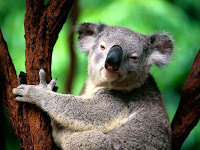 Mr Wang will be travelling for several days and is unlikely to blog. See you when I get back.

In the meantime, a reader emailed and asked me to recommend the really "hardcore" readings on the concept of thought affecting reality. Yes, my friend, you're right - Mr Wang hasn't covered the really hardcore stuff yet, and it does get pretty weird. Try Seth, for starters (although the material covered goes beyond TAR). From Wikipedia:

In late 1963, Jane Roberts and her husband, Robert Butts, experimented with a Ouija board as part of Roberts' research for a book on extra-sensory perception. According to Roberts and Butts, on December 2, 1963 they began to receive coherent messages from a male personality who eventually identified himself as Seth. Soon after, Roberts reported that she was hearing the messages in her head. She began to dictate the messages instead of utilizing the Ouija board, and the board was eventually abandoned. For 21 years until Roberts' death in 1984 (with a one-year hiatus due to her final illness), Roberts held regular sessions in which she went into a trance and purportedly channeled messages from Seth. Butts served as stenographer, taking the messages down in homemade shorthand, although some sessions were recorded. These messages from the Seth personality, consisting mostly of monologues on a wide variety of topics, are collectively known as "the Seth Material" (sometimes referred to herein as "the Material") ......

......... "You must watch the pictures that you paint with your imagination, for you allow your imagination too full a reign. If you read our early material, you will see that your environment and the conditions of your life at any given time are the direct result of your own inner expectations. You form physical materializations of these realities within your own mind.

"If you imagine dire circumstances, ill health, or desperate loneliness, these will be automatically materialized, for these thoughts themselves bring about the conditions that will give them reality in physical terms. If you would have good health, then you must imagine this as vividly as in fear you imagine the opposite.

"You create your own difficulties. This is true for each individual. The inner psychological state is projected outward, gaining physical reality -- and this regardless of the nature of the psychological state. ... The rules apply to everyone. You can use them for your own benefit and change your own conditions once you realize what they are.

"You cannot escape your own attitudes, for they will form the nature of what you see. Quite literally you see what you want to see; and you see your own thoughts and emotional attitudes materialized in physical form. If changes are to occur, they must be mental and psychic changes. These will be reflected in your environment. Negative, distrustful, fearful, or degrading attitudes toward anyone work against the self."