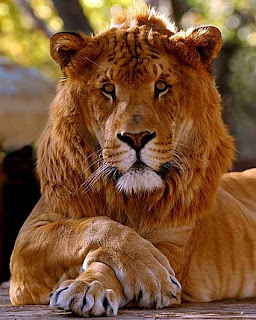 Like Bernard Leong, I was recently interviewed by Jude Yew, a Singaporean PhD student doing research on the impact of new media during the 2006 General Elections.

However, during the interview, I did not feel very interested in talking about last year's General Elections at all. Internet time moves differently, as I told Jude, and the 2006 General Elections already feels like a distant memory to me. So the interview became a more meandering, loosely structured conversation about socio political blogging in Singapore.

I don't even feel like blogging about the interview. Except to say that during the interview, I expressed disappointment at the lack of depth in serious blogging in Singapore.

In my opinion, a disproportionately high proportion of readworthy blog content is being produced by a very small number of S'pore bloggers. The same few usual suspects.

So the health of the Singapore blogosphere is at risk. It is constantly at risk. All it would take is the departure of a few significant bloggers (eg Alex Au, Aaron Ng, Molly Meek, XenoBoy and a few others) and suddenly the tap would run dry.

I said that it was this serious lack of depth that compelled me to continue my own sociopolitical blogging. If there were a sufficient number of readworthy sociopolitical bloggers in Singapore, I would be quite happy to "retire" or blog instead about my other interests (and I have many).

As it is, I often feel grudgingly compelled to blog about social, political and economic issues in Singapore every now and then. Just to keep the flame alive. Keep people thinking. Ensure that the discussion goes on.

And I still get a steady stream of emails from readers, all the time, and more than I can respond to. Readers who say, "Mr Wang, could you please blog about this, could you blog about that, I would appreciate your views etc etc".

It does make me wonder. Why do I still have to do this? By now, surely I've already done more than my fair share of blogospheric National Service. I wish 20 new, serious, sociopolitical bloggers would appear next week or next month to "replace" me. Yes, 20. Out of one entire nation. Is that really too much to ask?

Go on. Take this as a challenge. Be one of the 20 new, serious, sociopolitical bloggers. Start a blog. Write something readworthy. Then email me or put a link in the comment section of this post. I'll publicise you. And if you want it, I'll help you along with tips and suggestions on how to get at least 10,000 readers a month.

THANK YOU. What you said.

i'm too remote to be able to blog about anything timely, but i sure hope your call to action will bring more good bloggers to the forefront.

I can testify to this as a fact. There is one group of mysterious people in the net who have no problem with recruiting people to write for them. They are all over in the ivy league circuit.

Infact they get so many request, they even have to regularly have to turn them away.

You dont need to know who they are. Neither do we need to mention them here. You could say this is how it is with the Singapore net. We only choose see the people we want to see.

However, just allow me to say this. The more, you all ignore them, the more you heighten they mystic factor and that surely even you must agree is certainly a puller.

Actually Mr Wang there are a few good bloggers who are not that well known.

That was by no means exhaustive. I believe there are more out there. They just need more publicity thats all.

In the east was a little red dot,

Where men were made leaders by citizens

To fight for justice and equity,

To serve them with humility,

Alas men when given opportunity,

Let pride go to their head,

And became haughty and **@#ey,

By legalistically tweaking laws and regulations,

To govern for their own purposes,

To prevent corrupting themselves,

Which they claimed as their worth,

Not satisfied with world's highest salaries,

That surpass even president of United States,

For essentially taxing and bill collections,

They paid themselves the highest bonuses,

Double pays for working and retiring,

All that they know is to tax, and recover all costs of services,

From medical to transportation and utilities,

Which were boasted as their success,

With surpluses they buy votes with election goodies,

Not satisfied with one-man-one-vote election,

Which they claimed would lead to freak election,

They twisted the voting process,

By making candidates stand in 3 or 4 called GRC,

In name GRC will provide for racial harmony,

In truth it will stop any one from the hustling,

With GRC comes monopoly of election,

For there is no one standing for election,

Unless he finds similar-minded candidates,

To stand in GRC and his own platform,

So election comes and goes with out contest,

Except for walk-over of coat-tail puppies,

To pacify peasants and potential rebel,

But once walk-over election is over,

GST would be increased yet again,

Sold with hefty profits yet claimed as subsidy,

Forever will be taxes and fee increases,

Government agencies will be making monies,

Driving up costs of living and doing businesses,

Short of hidden problems like the NKF or shin corp,

As honest mistakes, or losses as long-term investments,

Despaired at recessions but quick to claim world recovery as success,

Ministers decided too troublesome is restructuring,

No choice but had to turn to gambling as integrated resort,

To short-cut restructuring of economy,

Wages dropped to the third world,

Will remain the cornerstone of governance,

Ministers will push away all problems,

People will be blamed for lack of skills,

This was true story of little red dot,

People the world over will be told,

Of orderly and clean city,

Little will they realize what lie beneath,

Are corpses on MRT tracks of bigotry and hypocrisy.

Go and delete this bc that is the only thing that you are good at.

No one will join you.

You know why they join then by the droves?

You know what Mr. Wang? this is my first time here and after reading your blog, if what you have said is indeed true, then what really is happening is that Singaporeans do have political apathy of some sort. It's just that they don't have the guts or conviction to do anything about it. That's why u are getting requests to blog about this and that. I don't think it's advisable to keep the blog going just so that a voice remains. The burden and onus should never be on the shoulders of one man. Social activism is known as such because it is social and does not come into fruition from the actions of one man. A disproportionate amount of content you say? Just as in any society, there are the thinkers and the followers. I doubt the proportions are very much different from the Western world, just the ability to speak up. Anyway, a wonderful gesture on your part. I might just take you up on that offer.

We often have reasons not to step forward- fears of repercussion, dealings of daily life and inhibitions of creativity, that render the inevitable lack of charisma, foresight, and ability to analyze and articulate well in words.

There is a growing distance between us, Singaporeans (or Ex-folks) in the West, and the Singapore heartlanders. No matter how hard we try to grasp, news are filtered through different channels with varied time lag. Heartlanders, who are affected most in the society don't even care much of a hoot.

Confucius said on political meddling, "Tyranny is fiercer than a tiger." There is also a Chinese saying that a good judge with a clear head will not conduct a trial on "domestic affairs." Based on foundations of a paternalistic society, I guess it means we can sit back, let the government breastfeed us, or wait for the opposition tigers to fight it out.

Thus, people ultimately don’t care- it shows in the vote. We blog whatever we want- but there is a lack of unity. We talk; then carry on with our life, as if nothing has happened.

The one who speaks different could be bombarded with hatred and acid.

U are right. Definitely, we cannot afford to have any more people leaving, otherwise those bunch of self-indulgent cyber morons from the Brotherhood will dominate.

Here is a recommendation: Ned Stark.

Hi Mr Wang, can I recommend this "blog" which seems to have stopped for a while.

Many blogs give rather long, technical and academic explanations of situations.

While this is valuable, I think the blogosphere needs more bloggers a la Rockson Tan.

Also, we need Chinese-medium, Malay-medium, etc. bloggers. Surprisingly, the sheer majority of political blogs are written in English. And if there is a non-English political blogger, he or she should constantly refer to the other sociopolitical bloggers to "bridge" the gap.