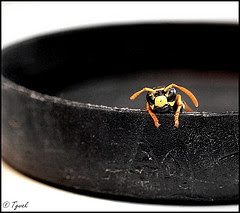 Now that I've given up on serious sociopolitical blogging, I see that in fact we live in a very humorous country:

WHAT was supposed to be a free 15-minute nap on a park bench turned into a costly snooze for one Singaporean.

The New Paper on Tuesday reported that a 62-year-old, who only wanted to be known as Mr Kassim, was fined $200 when he dozed off on a Sun Plaza Park bench while taking shelter from the rain.

The National Parks Board (NParks) fined the private bus driver for having misused the park facility by sleeping on the bench.

In Singapore, popular beaches such as East Coast Park, Changi Beach and Pulau Ubin are also classified as "parks". Therefore they fall under the purview of the National Parks Board. So do be careful, the next time you go to the beach on a sunny day and lie down on the sand to get a tan. You just might be committing an criminal offence. Or maybe the trick is not to fall asleep. That way, you can get up and run away, if you see a park officer approaching.

Here's another fine story about Singapore:

SBS Transit and SMRT Buses were fined $9,300 and $1,000 respectively for failing to meet standards such as scheduled trips operated, scheduled headways as well as passenger load for the six-month review between Dec 1 and May 31 this year.

In April, they were fined $300 and $200 respectively for similar shortcomings.

SMRT is an SGX-listed company with more than $1,300,000,000 of assets (based on its 2007 annual report). And for failing to meet national service standards in public transport, it gets fined $1,000? Ouch, that must hurt. It's like being caught five times, for sleeping on a park bench.

As the saying goes, people know the $$ value of almost everything but maybe the value of nothing. Therein lies the problem.

such news makes life so stressful here..imagine u try get out from that hdb pigeon hole to look for some greenery and fresh air to rest..and kena fined..

what the park is for if one cant even rest a head to touch the earth?

I think fines for public transport operators should go up. At present all we see is symbolic tokenism lol.

Most ridiculous. In 2004, National Parks did away with the need for a permit for camping overnight. But the man cannot catch some shut-eye in the park in broad daylight.

I guess he didn't do it at one of the five approved parks--Changi Beach, East Coast, Pasir Ris, Sembawang, West Coast.

Managed to dig this up at NParks website.
http://www.nparks.gov.sg/cms/docs/about-us/PARKS%20AND%20TREES%20ACT.pdf

Nothing said about sleeping in the park. Unless of course it is so filled with technical jargon that no one understands.

So if you ask me when we should increase the fine, my answer is 'no'. I wished for a more 'effective' punishment that doesn't affect the commuters.

For $200, one might as well check in 2 hours at Hotel 81 together with a pretty young lady.


That would surely feel more "fine" than giving money to the garmen.


And there will still be plenty money leftover for a fine meal after that.

Sometimes living in Singapore is an exercise in irony. The fine for the public transport operators is particularly hilarious: fine them $1,000 for not meeting service standards, then let them raise their fares to reap an extra million (lackluster service standards notwithstanding)? Of course. It all makes sense now.

Who's Afraid Of The Big Bad Wolf said...

To quote one of those whose remarks were quoted in the report. The fine may be small but it is good to remind the big transport companies of their duties and obligations to the commuting public!

In this country, the people in power can say and do virtually anything however laughable and stupid without fear of ridicule or contradiction in the media which are, after all, partners- in-crime - with the same (mafia) family ties!

Making noise is a fact of life said...

I nearly fall of the table when I heard this piece of news. Is $9300 and $1,000 significant enough to make the service providers to think of the following question?

Should invest this money to benefit my customer or should I pay this sum and forget about the protest by PTC?

If I were them, it is highly possible that I will pay the fine and yawn yawn yawn... let's continue with life...

It's very easy to spoof an email address. It's not a secret. Any geek would know -- just edit the headers of your message.

However, what often happens is that the sending server (SMTP) isn't the same domain as the email address. This isn't a red flag -- e.g. you use your gmail account with which you view email to send a letter from one of your other accounts, with which you want to receive replies.

To spoof a sending server is much harder.

I believe it has to do with how you sleep. If you take up the whole bench, you will be fined. If you fall asleep in a sitting posture, you may not be.

I suppose in a country ruled by the Pay and Pay Party, one have to pay to sleep in a public park. That's why they came up with the S$200 fine.

Otherwise how to expect our PM, MM, SM, and the rest of the ministers get paid their monster salaries.

$1000 fine!! Thats ridiculos. I think they just want a register a fine was carried out. So cannot say authority never do anything.

I think the fine is more like a joke, something to show that they are 'doing' their job in watching the transport co.

Read here if you are interested in fines for transport co fine in melbourne. This is called a fine!
http://www.heraldsun.com.au/news/connex-cops-5m-fine-five-months-before-operator-changeover/story-e6frf7jo-1225769654949