The Adventures of Being Homeless and Broke 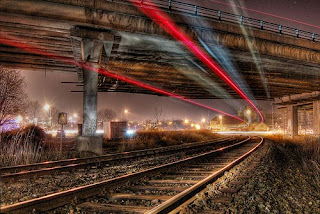 A few days ago, a man named Karthik Rajaram shot his mother-in-law, his wife and his three sons (aged 7, 12 and 19). Karthik then proceeded to shoot himself.

This happened in an upscale neighbourhood in Los Angeles. According to Karthik's suicide letter, he had decided to kill his family and himself because of their financial difficulties.

Karthik was a well-educated man with an MBA and used to work for major accounting firms such as Price Waterhouse. However in recent months, he had been unemployed. One speculates that recent events such as the stock market collapse might also have wiped out his investments.

Coincidentally, this week I received an email from another American. Adam has just published a new book (his first) and he asked if I would review it on this blog. I said yes, and the book is now in the mail on its way to me in Singapore. I'll write again about the book, after I've received and read it. Apparently it has received considerable media publicity in the US, but so far, not outside the US.

Briefly, what is Adam's book about? It's a true story. It's about Adam's personal 1-year adventure to investigate whether the American Dream is still alive. One day, Adam left his home and family, and took a train to a randomly-chosen city. He carried only $25 and some clothes in a haversack.

His goal? To see whether he could start from zero and within one year, have $2,500 in his wallet, a car and a furnished apartment. The rules of Adam's game were that he would not rely on his education qualifications (he is a graduate), and he would not ask any of his personal contacts, friends or relatives for help.

Since I have not yet read the book, I don't know how Adam's adventure turned out. (I do know that he spent some of the time staying at a shelter for the homeless). For the current times, the book's theme is very topical, especially in the US. How bad does it really get, when you're homeless? How do you survive, when you're broke? Can things get better? If so, how?

I just have a feeling that Karthik might have done some things differently, if he had had a chance to read Adam's book.

I find a lot of the reporting on this incident in LA disturbing because there is no indication that the murderer's family was involved in a suicide pact. Rather, it appears that he regarded them as his property. Not only did he decide that he, individually, was a failure who wanted to end his life (a very sad decision to come to), but he apparently didn't consider their lives worth anything in the face of this sense of his own failure. They appear only to have been adjuncts to him, without independent personhood of their own. This angle - the patriarchal ownership of women and children by a male head of the family - has not been explored in much of the reporting on the story.

I've heard of 'The American Dream' before. Not really sure whether it really exists though, I'm skeptical. Would love to read Adam's book. Wonder if there's a 'Singapore Dream'...not really right?

I thought that way at first, but then I thought a little more and was thinking that, while your theory - and my initial theory may be true, perhaps the man became so depressed that he killed them all and himself as a result of a warped "saviour" badge he slapped on himself.

I prefer that theory... still sad but less disturbing somehow.

I think you're probably right, but I also think perhaps the two very much go together. If you appoint yourself as "saviour", in order to fulfil that role you give yourself absolute power over others instead of seeing them as their own people. If you treat other people as property, one way of justifying it to yourself is likewise to tell yourself the story that you are their "saviour". If we fully recognise those we care about as independent people, I think we must learn to accept also that they are always going to be at risk of things we cannot save them from. (And conversely they will find worth, meaning and fulfillment that stands apart from our relationship with them.) That's part of what it means to respect someone else as a person - to recognise that their fate is their own. A saviour complex eats away at that understanding. So I think both these theories are right.

The book by Adam Shepard has been heavily criticised by many blogs by people that actually deal with poverty and social inequality. Shepard takes the elitist stance that "oh if you don't succeed, it's because you aren't working hard enough, look at me, and what I did with $25". He's a classic privileged, out of touch meritocrat.

You can read more here: http://walkingupstream.blogspot.com/2008/03/post-ive-been-avoiding-homeless-with.html

If you want to really read a book about the challenges in progress faced by the poor, you should be reading "Nickled and Dimed" by Barbara Ehrenreich.

I said that the book is topical for the times.

Due to the subprime mortage situation and the collapse of banks, I can imagine that lots of reasonably well-educated Americans who had, until recently, been fairly well-off, are suddenly going to end up in a "homeless and broke" type of situation.

In other words, it could be easy to dismiss Adam as "a classic privileged, out of touch meritocrat", but many people who might have fit that label as recently as a year ago, ARE now suddenly going to become poor ... in a manner analogous to Adam's "$25-in-my-pocket-&-nowhere-to-stay".

Anyway, I think I shall not comment further until I actually read the book.

Mr Wang, I am looking forward to your review of Adam's book. Sounds interesting to me. Thanks.

Mr Wang, from the article, I think this Adam is a well-to-do kid who had nothing better to do than to do a bit of reality show on his own. Just like those American kids on TV who went to third world country to "rough it out".

Closer to home, Adam's adventure reminds me of this silly girl on local TV who disguised herself as a old woman and tried selling tissue packets at hawker centres and bus interchanges. By spending a few hours, she seems to think that she knows what it is like to be poor. Or some school kids who built card-board houses indoor and "rough it out".

Adam had a credit card in his back pockets. He knows he can always quit this game. It is a very different ball game if you know you are in this fun and game only as an experiment.

Ya, right, he claimed he didn't use his connections or degree. But from the way he talks, the way he walks, the way he dresses, he will anytime have an advantage over the really homeless and destitute.

You can see his picture in that article. Now, juxtapose this mugshot of a black kid with a broken front tooth, with unkempt hair and tattered clothes. Imagine both of them going for the same job interview. Guess who will get the job.

Mr Wang, I suggest you tell Adam to throw away his credit card and throw in the Bronx or some ghettos and see if he does as well.

You may say that the genuinely homeless, illiterate black kid is not going to do well as Adam, even if they start off with the same $25. And this is probably true.

On the other hand, whoever told you that this was supposed to be a competition? There are many (I stress the word MANY) other possible perspectives to take on the book.

For example, quite conceivably the helpless black kid you mentioned might actually draw INSPIRATION from the book. Even if he himself doesn't think he could move from $25 and nothing, to $2500 with a car and apartment in 1 year, maybe he can see how it could be possible in 2, or 5, or 7 or 10 years.

You have to be careful .... It's one thing to be sympathetic to the plight of the poor / underprivileged. It's quite another thing to be scornful of suggestions that the poor need not remain poor forever. That mentality isn't helpful, especially not to the poor themselves.

Only problem is the truly poor ones aren't likely to have the chance to read that book. Even if it is free and someone put it into their hands, reading a book probably isn't top on their priorities.

I think the homeless and broke aren't the same as those who find themselves deeply in debt due to gambling addiction or big losses in the financial markets. Homeless and broke just means zero liabilities. The second group is facing tons of liabilities--probably looking insurmountable from their point of view. I don't want to speculate what sort of things go through their minds before they choose death as the way out. We have seen that in Singapore, where a man took his family with him years ago, after he ran up huge gambling debts.

"Only problem is the truly poor ones aren't likely to have the chance to read that book."

You think that there won't be a lot of new poor, homeless Americans with an MBA, in the near future?

I guess I grouped the poor and homeless as one group, while the "new" poor (after losing their fortune in the financial markets or getting deep in debt from overspending on credit) are in another group.

I may be stereotyping but the poor and homeless (1st group) aren't very likely to get a chance to read--for various reasons. They may also be illiterate.

The 2nd group is in such a bind that I suspect reading a book on such a topic will be the furthest thing on their mind. If they read, it'll be the job ads and the Bible. If they aren't homeless yet, they'll be networking desperately, blogging, emailing.