Little Ironies of Life in Singapore 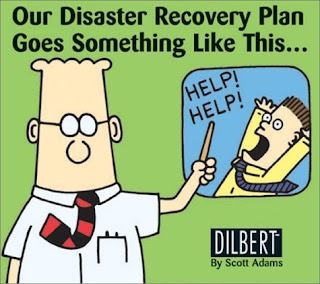 From the Straits Times:

For the third week in a row, about 500 investors gathered in Hong Lim Park eager to find out how they can seek redress for Lehman-linked financial products they claim were mis-sold to them.

Organised by former chief executive officer of insurer NTUC Income Tan Kin Lian, the rally was intended for those who had sunk their money into such products to band together and exchange suggestions ...

One year ago, if you had done a survey among those 500 Singaporeans and asked them, "Do you think that Singapore should allow public protests?", what do you think they would have said?

I believe that many of them would have gasped in horror and said, "Nooooo, certainly not! Rallies are dangerous and will lead to violence and bloodshed. The PAP is right to make them illegal."

If you want to do something different, make a challenge, or has never been done before, it must be endorsed by the gahmen or else you are in trouble.

Examples:
NSmen MC by private GP must be endorsed by SAF MO.
Strikes or protest must be led by NTUC or CASE if outside Hong Lim Park, if not charged in court.
To contest elected Presidency, must be endorsed by Gahmen, if not you will be exposed mercilessly the moment you announce your intention.
Protest allowed in Hong Lim Park, according to law. Also preferably the protest leader should not be an opposition politician, if not you are likely to be in trouble.

If gahmen give backing, anything is possible here. Otherwise you will be fined $200 even for sleeping on park bench.

If it's about money, they'll flock. Money, and they'll go to the extent of bloody protests... because it's *their* money, not those of the "lazy slackers out there" who should just "work harder" to pay for tax rises and to counter injustices in the system. I dislike people who make racist stereotypes of countries like Singapore for being mercenary but sometimes it's hard proving otherwise

The other irony of Singapore Life is that if these 500 or so protesters had gather at some other place other than Hong Lim Park, would our Big Bully (PAP Govt) even dare to charge all these people with illegal assembly ?

Have you noticed that after a google/blogger account is required to post comments in your blog, the comments have dropped tremendously compared to previously when anonymous is allowed?

There must be many people in the world who still don't have a gmail, blogger or OpenID account. :D

But also I have been posting less.

I suppose Singaporeans got a lot insecurities to deal with for a start which I would like to think, explain for the intensed inclination to deviate from any expression forms that remotely resemble leftist anarchism.

At this stage, with their financial/economic platform shaken, the same insecurities seems to have dug out that leftist skeleton from a long forgotten ancient closet.

Funny that you mention this.
Education is the root of things.
Apathy ferments a semblance of peace.
Results in life's little ironies.

Singaporeans are starting to have second thoughts about the supposed benefits of a restricted freedom of expression in the country. Comparing the responses of the governments in HK and SG to the minibond debacle, it is clear that the enforced muzzling in Singapore has allowed businesses to ride roughshod over the consumer's rights. And when Singaporeans' pockets are hit, they know that silent acquiescence is no longer an option.