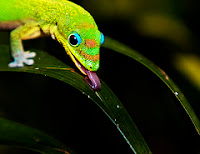 One reason I blog is that I enjoy writing. Blogging, however, is not the only kind of writing I do. I am also quite interested in literature - in writing it, as well as reading it.

Over the years, my creative writing has shown up in various publications in different parts of the world. Some works have also been broadcast on radio; performed on stage; analysed in academic dissertations; and used in creative writing workshops. From time to time, schools in Singapore also use my works as teaching materials for their English Language or Literature classes.

I am pleased to announce that I will soon be publishing a poetry book. The book will be launched sometime next month. Thereafter it will go on sale in a number of bookstores around Singapore. No, I do not expect to make any significant money out of it - but it does give me a strong sense of personal satisfaction.

What kind of poetry do I write? Well, the poems cover all sorts of different topics - love, life, family, politics, travel and other urban realities. Sometimes the perspective is intensely personal; sometimes I am wry and ironic. A significant number of poems comment on social issues in Singapore.

Thought I'd share one of the poems from the upcoming book. The poem below is about Paddy Chew, the first Singaporean AIDS victim to come out to the general public and speak openly about the disease. In the last few months of his life, Paddy performed in a one-man play, to raise awareness about AIDS. Some people condemned him, others applauded him for the bravery. My own take below - hope you enjoy the poem:

Life is real. Art is its mirror. Or is it the
other way round? Paddy Chew has forgotten.
His life is here now, on stage, Paddy starring as himself,
the final act, before the curtain falls
and the lights go out forever.

“This is me,” he says to the audience, “take a look.”
He lifts his shirt up. A stunned silence.
Ribs cast shadows on other ribs. The flesh
has fallen away, the body a territory conquered
by the relentless virus.

This is what Paddy tells his audience:
I liked women. I liked men too.
At least that is what he remembers.
These days his body yearns for nothing, not sex,
not food or water, nothing but its own breath,
exhausted, in and out, in and out,
an almost unnatural thing.

Lies are for the living. Truth is for the brave.
Masks fall away when death comes close.
“I am so close,” Paddy says, “to dying.”
All he wants is to show the audience
what he has seen. That all of us are dying,
and none of us should die alone.

Paddy dies, but not alone. In a way, he lives on too.
Love is his message. Love endures. I did not know him,
but I know what love is. I wrote this poem
so that others like him will live,
and die, but not alone.

Oh, if you are interested to know more about my book or its launch, do feel free to drop me an email at mrwangsaysso@gmail.com.

Aren't you concerned about revealing your identity?

Sorry, poetry is soooooo....personal and can be boring to 2nd person.
OTOH, if you publish your blog...in a book....that could be interesting.

I remember Paddy, there was plenty of media publicity at that time. A brave person, to come forward publicly and say openly, "I have AIDS".


Wow, that was a really powerful line, Wang. Congratulations on the book!!

I thought his identity has been revealed long ago.. haha.

Congratulations Mr Wang. Hopefully next time your most insightful blog pieces are published into a book.

The first time I saw Mr Wang's name, I thought he is PRC .. lol

No rhythm?
No structure?
No formula?
Oh no!

Paddy was a bisexual?

million $ question, will Mr Wang reveal himself to sign his book?

Well, one day you too can say "I'm on page 73" and others can be duly unimpressed.

What is the title of the book? I'll grab it on amazon.com or the next time I'm in Singapore.

In fact many guessed correctly - Yes, he was in Malaysia.

With the open invitation "Selamat Datang ke-Malaysia" - Why not? Ha! Ha! Ha!

Again the pundits and dummies have been proven wrong yet again on "the authorities tortured him to death and/or the escape was staged."

Our relentless search as promised by DPM Wong has finally got to him. The integrity & credibilty of our government remains. Its will to safeguard and protect Singaporeans has never been in doubt. The lesson learnt is - It doesn't pay to show hospitality to terrorists or their families, Singaporeans or not. They ought henceforth be shackled wherever they may be.

Mr Wang, that was truly an incredible, heart-felt poem. Such creativity in those words!
Looking forward to read the rest.

Designers should get the fact that they are the only ones with the creative juices out of their system...

Mr Wang should publish his blog into a book. It might sell better than the poems. heh.

This is a poem that points to the deeper stream of humanity that connects all of us (regardless of sexual orientation etc etc).

We are all human. We deserve love. We deserve compassion. And we should give it to each other. That's what I see the poem as saying.

The Christian fundies should be so ashamed of themselves.

Thanks for the nice words, from those who had nice words. :)

In fact, when I spoke at a blogging-related conference some time ago, I introduced myself by my real name. But everyone addressed me as "Mr Wang" anyway, so I just gave up.

Does anyone ever call Mr Brown, "Kin Mun"?

It's very touching. Thank you for writing it.

With all due respect Mr. Wang, I think you should stay as a blogger than to go into poetry. It is quite juvenile. I'm sorry to say this.

I normally find it hard to understand or relate to poetry, but this I definitely can. I guess you struck the right balance between being "cheem" / profound and being easily understood.

Well done. But agree also with one of the comments above, your blogs will probably sell better than your poetry. Think about publishing that.

As for poetry ... heheh, the immediate market may be small, but if you write good stuff, ten years from now, there will still be people interested in reading it. In that sense, poetry has much more longevity.

Your poetry is very... 'Roses are red, Violets are blue, Lies are for the living. Truth is for the brave.' Kinda shallow and lame.

Anyhow, the effort to get it published is truly commendable. Good Luck!

Oh, it's getting published. Fortunately, the National Arts Council doesn't share your view about my writing, otherwise they wouldn't have awarded me the grant, LOL. Thanks for your feedback anyway.

The above link - "A Gay Tragedy" - is very interesting. I strongly recommend it.

A Buddhist monk in Singapore shares his views on homosexuality and relates his meetings with a gay man who had come to seek his advice.

The world was created in 6 days. On the 7th, God took a rest.

Haha I think everyone who's been around long enough knows your real name, Mr Wang :) it's come out before, somewhere, when you were still making your extracurricular writing activities public knowledge. Would it be too forward of me to ask you to blog-announce your book when it's actually being sold in stores? Thanks.

first time I've read your blog. facebook is useful for somethings. thanks for writing.