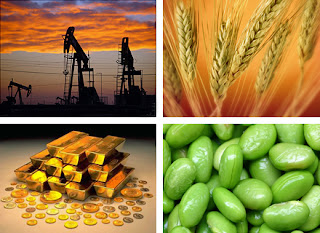 I just got invited to speak at another conference. This one is about commodities and will be held in April next year. The organiser is Marcus Evans.

My topic will be something along these lines - "The Global Regulatory Landscape: Developments for OTC Commodity Derivatives".

I'll be speaking on recent developments in the U.S., and then I will move on to talk about Europe. Finally I'll wrap up by discussing a few countries in the Asia-Pacific region.

I will probably have just one hour to cover all that. So the talk is going to be quite "big picture" and "high-level".

I used to do a lot of legal work relating specifically to commodities - oil, gold, sugar, steel and coal, for instance - but I haven't done much of it in the past year. However, I have been doing plenty of work relating to the G20 commitments made in September 2009.

The G20 commitments aim to revamp the derivatives industry worldwide. To a greater or lesser extent, they will affect all classes of derivatives, including commodity derivatives. And for the purposes of my April conference, the commodities angle is what I'll be focusing on.

From a career perspective, many people in the derivatives industry are worried about the G20 commitments. Potentially, the changes might greatly benefit the exchanges (such as SGX). But they will hurt many bank employees currently working in derivatives-related jobs. I predict that many of those jobs will eventually disappear, perhaps by as soon as the end of 2012.

As for myself, well, I too am a bank employee working in a derivatives-related job. So I think that I am at some risk too. But for at least the next two years, I should be okay. That's because with a little luck and strategising, I've managed to position myself as an expert on the legal issues arising out of the G20 commitments. In other words, I'm still needed to guide and advise my employer - on those very same developments that will eliminate many other people's jobs.

In fact, because the legal developments from the G20 committee are so new and complex, there are still relatively few lawyers who know them well. That's why I even get invited to be a conference speaker on such topics.

As the saying goes.....make hay while the sun shines.....I wonder how much the banking system is going to plunder before it goes into another tumble again.

Personally I wonder why there should be so many "middle men" traders making more money from commodities than the people who actually own the commodities and work to refine the raw product.

So it seems your work and expertise is not like any typical lawyers.

It is good to be in a specialised and niche area, not just for lawyers but also for various professions.

In this way, unless you are very famous and good in typical areas, you will not face competition, especially from those younger, cheaper and faster foreign talents.

Talking about lawyers, I heard that not many lawyers want to specialise in criminal cases.

I am personally not sure how Dodd Frank or the G20 commitments are going to hurt bank employees. Perhaps you would like to enlighten?
I see a lot more hiring in the finance, middle-office, audit, legal and IT related areas with a correspondingly decrease in the front-office jobs but I am not sure how this is related to Dodd Frank.

There are four main themes in the G20 commitments.

Exchanges can only clear OTC derivatives which are standardized to a large extent. Therefore any customized, bespoke OTC derivatives cannot be centrally cleared and become subject to the higher charges referred to in (4) above.

But of course the nature of traditional OTC derivatives is that they can be customized and tailored. Yet it is now much more expensive to do that. I expect that many banks will just shift away from that business.

Being in the OTC derivatives business is a bit precarious isn't it? It is estimated that roughly 70-90% of these are used for speculation and the global economy is not going to grind to a halt if regulators manage clamp down on much of these as they are nothing more than a big casino for hedge funds and global speculators. If anything, activities here are starting to destabilise the mainstreet economy. Lessons from the last financial crisis tell us more regulation is needed and central clearing of these makes a lot of sense. But for some reasosn regulators couldn't restrict those highly toxic CDS only to those who genuinely need to hedge their bonds and once again these come into play threatening spread the Eurozone crisis - they had to carefully restructure Greek debt to avoid triggering these CDS time bomb.

I'm only surprised after 2009, the regulators and G20 can only agree to do so little in the way of regulation when these derivatives serve so little economic purpose. The global economy was just fine for decades before these existed....

Nice articles. I'm just blogwalking and very happy to stop here. And also give you some comment and following your blog here.

Dont forget to give us some your comment into my blog and following me back too.