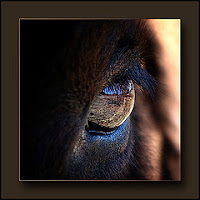 Stock markets all around the world have been climbing like rockets. That includes the US, Europe, Japan, China, India, Korea, Australia, Malaysia, Singapore ... The list goes on. One wonders when the bubble will burst again (the last times it popped were in February 2007 and May 2006).

But the thing is - in most countries, the stock market's performance looks genuinely well-supported by fundamentals. It's not just investors' euphoria. Here's an example, from Singapore:

May 7, 2007
S'pore corporate gains jump 25% to $2.7b
Only four of the firms turning in first-quarter results suffer losses

SINGAPORE'S listed companies have turned in a scorching set of first-quarter results, with total profits surging 25.2 per cent to $2.7 billion.

As rampaging bulls take the local stock market to fresh record highs with relentless repetition, these companies' bottom lines proclaim this is no market whim.

Among the 64 listed firms that had posted results up to last Friday evening, for the three months ended March 31, more than half of them, or 37, reported improved profits.

Another 17 recorded lower profits while one firm moved from red ink to black. Another five companies reported earnings similar to those posted in the previous corresponding period. Only four firms posted losses.

Henceforth comments irrelevant to any particular post will simply be deleted. Thank you.

The companies i have invested in have also come out with some terrific result. No wonder my portfolio is already showing 29% returns this year.

I dont mind nonsense if it is beautifully written Mr Wang hehehehehehe :)

Good luck for your coming x's.

mr wang, u can delete this after reading...
dun worry abt the stock market, go and study lah! Later yr mother cane u for failing yr exams!

Just tell yr fans ... "sorry Mr Wang needs to take a break, I will miss all of you but please wait for me until June and I promise not to disappoint all of you with the surge of posts that will flood this blog. :)"

if you dun like what Mr Wang says, then go and visit another blog instead of making yourself look so silly and petty ... "I want to lecture you because I don't like what you wrote but I still want to read what I do not like." ... masochistic or insecurity problem??

After euphoria comes reality. STI hit an intra day double top at 3523 and closed at day low. Maybe Sell in May and go away will happen again.

"Simply put, economic bubbles often occur when too much money is chasing too few assets, causing both good assets and bad assets to appreciate excessively beyond their fundamentals to an unsustainable level." - wikipedia

you'll find that it is often difficult to argue whether or not prices in the markets are "excessive", and "unsustainable".

C'mon, you can do better than merely stating articles from the ST to argue a point(: especially after your recent post about error messages

i think it's equally important for you to be clear about what you mean. not everyone has a background in financial education. There's a save draft function in blogger if you lack the time to research on/complete a post.

When your friendly taxi driver start acting like a stock expert and start giving you stock tips on which to buy, that's when you know that it's time to bill out fast.

Oh i watch the markets every day. Markets keep climbing and the thing is, good news keeps coming out to support that climb. Eg m&a after m&A in Europe. Indian corporates' earnings did not disappoint either. In china, new mutual funds are lining up to launch, which means that there's still plenty of liquidity. Korea looked undervalued last year, hence the performance this year is not unexpected.

"Markets keep climbing and the thing is, good news keeps coming out to support that climb. Eg m&a after m&A in Europe. Indian corporates' earnings did not disappoint either. In china, new mutual funds are lining up to launch, which means that there's still plenty of liquidity. Korea looked undervalued last year, hence the performance this year is not unexpected."

M&As should be viewed only as signs of potential success, ie. it is not necessarily a good thing. It may simply be an indication of pressures from the economy for businesses to merge/acquire, (perhaps indicating that the economy is nearing full employment?):
http://www.iht.com/articles/2007/05/04/
yourmoney/mjapan.php?page=2

In fact, china's liquidity is argued to be a possible symptom of things to come:
http://www.iht.com/articles/2007/03/02/
yourmoney/minvest03.php?page=1

I'm not trying to claim that the market is poised to collapse. These are merely counterarguments to what may be otherwise seen as an improvement of fundamentals in markets around the world.