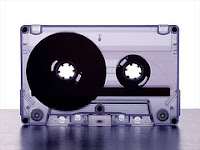 "Blog about homosexuality and people with the strangest ideas and arguments come crawling out of the woodwork! I was looking at Mr Wang’s entry and I was amazed at the comments. Aside from the fact that arguments by those who hate/fear homosexuality are completely predictable, they are often expressed in the most absurd manner. Couldn’t they at least write well so that their (weak) arguments would at least looks somewhat thoughtful?"

When the family is richer, the opportunity for learning and the environment for learning is obviously better. Family wealth is social capital for investment in education of their next generation.

If you are rich, you can afford the best for your kids, including education and opportunities for educating. If your kid is not that bright, you can engage a tuition teacher, send him overseas, etc. If you are poor, you can't even afford to buy textbooks or workbooks for your kid."

Whether people can accept homosexuality because they are used to the idea of it or not is irrelevent to its impact on society.

This is why the penal code still exist to prevent new forms of sexual misuse in society such as Singapore.

Singapore a good society? Thats a new one. If a good society involves people condemning fellow human beings with no good reason and pathetic excuses; then i guess the Third Reich, the Persecution of Christians under Nero, the persecution of Jews during the Middle Ages, the Albigensian Crusade, the Crusades to the Middle East; are all examples of what EXEMPLARY societies should do eh?

I always believe, the biggest enemy of humanity today is none other than the "first generation christians" and the "born-agains".

They are the ones who are the most horrified by homosexuality and try to counter it with so many quotes and references from the bible.

You can put clowns like George Bush and the ones who propose to keep homosexuality as a crime in that group too.

And when nothing works, they try to club it with incest, pedophilia, rape etc etc. When the majority of those who indulge in that are none other than heterosexuals.

FYKI - Iam a christian too and i believe its high time christians stood up and stopped these fellows from highjacking the religion for their selfish ends.

You are making a slippery slope argument, based on the assumption that homosexuality is harmful.

However, incest and pedophilia are much more harmful. For example, pedophilia is very harmful to their child victims.

Ah, I believe the term is called "economic surplus".

Maybe you can start off by stating your definition of "sexual misuse? How could CONSENSUAL sex between two adults has any impact on society, and the highest level of policy-making?

Couples, married or unmarried, have sex all the time and they don't use condoms either. Is that sexual "sexual misuse" too in your books?

And how are "old forms of sexual misuse" curently being dealt with?

Whybegay is simplay taking a leaf from the recent speech of Lui Tuck Yew. Lui's reasoning makes no sense and whybegay copies him haha ~

I find the discussions on homosexuality and other sexual matters very irritating. Firstly it is something a very small minority indulges in. Secondly, The Laws criminalize it but hardly enforce it, transvestites operated and are still operating openly. Dare I say that it is always members of the public that entertain, patronize and then despise sexual deviants whereas the Laws tend to close one eye, maybe both. Please ask yourself if you are not one that has cast a frown or two at those you found 'girly' and tommy(tomboyish)? Be sincere!

Hey whybegay, you know what you should lobby for? You should lobby for the ban of ALL FORMS OF SEX. I mean with artificial insemination these days, procreation doesn't even need to be done via sexual intercourse. I mean how dare these people think of deriving sexual pleasure, even for the sake of procreation?

WBG slippery slope is normal. He did it before on Aaron and Kitana's blog, he does it in intel sing. Basically he jsut does it everywhere he can for some weird inexplicable reason. But what he does not do is go to Mr Au's blog and make noise.

Ned: Why is that? What's with whybegay and Mr Au?

To all those who in recent weeks have relied on micharacterizations and poor reasoning to condemn homosexuality I think Nietzsche would say that , "The most perfidious way of harming a cause consists of defending it deliberately with faulty arguments."

It's a good thing that these pple have aired their views because ideas normally sound better in our heads than they actually are in reality. It is only when we have to explain to others, defend and keep from looking stupid bcos of them that we truly examine our opinions.

If nothing else, this exercise has allowed the rest of us to challenge and discredit these bad ideas and prevent the criminalization and the permanent creation of an underclass for no good reason.

Nothing. I just made the observation that wbg doesnt go to Mr Au blog to post his comments. Kinda intriguing don't you think?

maybe because whybegay/tim tang is known to him? and the gay mafia will tar and feather him? like send him to Choices or sit through yet another sermon with d.hong?