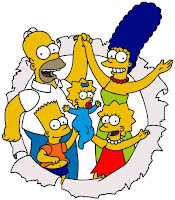 Anthony Yeo is a well-known family counsellor in Singapore with many years of experience. He must have seen the same TV ad as I did. To the ST Forum, he writes:

I REFER to the advertisement, 'Chasing our dreams...' (The Sunday Times, Jan 28), by the Ministry of Community Development, Youth and Sports urging people to 'Go on, the happiness of a family awaits you'.

The kind of family life depicted seems to be that of a highly middle-class, English-educated, Western-oriented family experiencing a lifestyle way beyond what the majority in Singapore are familiar with.

While we may wish to encourage marriage and big families, one wonders whether we can be more down-to-earth in the way we depict family life.

As a family therapist and family-life educator for 35 years, I am more familiar with the struggles of married people in coping with marital relationships. I am also familiar with parents struggling to bring up children and children having problems with their parents. ..........

While I appreciate the ministry's intention in encouraging more marriages and children, the kind of family life depicted may cause many to be disillusioned should their married life differ.

At the end of the day, instead of people thinking 'It wasn't as tough as we thought', as depicted in the advertisement, most would conclude that 'It's much tougher than we thought.'

Well, as I had said earlier, there's TV, and then there's real life. And when the TV content is a government ad, you'd better open your eyes and look more closely. Either that, or turn the TV off.

I met Anthony at varsity christian fellowship (VCF) meetings, and I am surprised to read that he should have developed such a negative attitude towards happiness. Surely a counsellor should point towards the light, rather than dwell on the dark. Marital problems are not the exclusive domain of the economically challenged, the rich have matrimonial disputes over money matters too. Coming from a large family of 6 housed in a 3-room flat with a father who would often return home drunk, each sibling had our own dreams, whether glimpsed in books or at the movies, that promised a better future we could carve of our own volition. Father lived long enough to see some of the fruits, which to him meant that the children contributed more than what he ever earned as a carpenter and mother is enjoying the company of the grandchildren. Imagine if we had taken a more pessimistic attitude, we would be collecting cans instead of having family holidays together.

But the ad did not show "a large family of six housed in a 3-room flat with a father who would often come home drunk".

The ad showed rich, well-off families where the father is happy, handsome and healthy, and the mother is brimming with joy & happiness, and the children look adorable and cute, and all is light and joy and happiness forever and ever.

That is what I meant by the difference by your real life, and the government's TV.

Anthony Yeo said that the ministry's intention is to "encourage more marriages and children". WRONG!

The ministry's advertisement has not depicted anything wrongly. The message is loud and clear: If you are as "rich, well-off" and well-educated as the family depicted, please have more babies and help better our gene pool. Conversely, if you find yourself bearing no semblance to the family depicted, please do NOT have even one baby. We would rather import talented foreigners instead.

Nothing has changed since LKY first came up with the grad mother scheme. That is, while the scheme may have changed (eg. offer tax relief that will benefit only highly educated mom earning high wage), or the technique tweaked (eg. this advertisement), the thinking behind it remains...

Not surprising, he is still the Matrix Master, is he not? :)

Hahaha! anon 3.33 must be a pap mole... i agree with the human battery's interpretation of the gahman's intention. yeah, just see how they give out the tax rebates for 3rd/4th children...

anon 3.33 does not know that times, circumstances and people change. He is giving history lessons.

Allow me to post the same post I did to an earlier blog by Mr Wang> If you are healthy loving couples> produce as many as you can afford> But if you have little or no time and money, do not make yourselves and your creations suffer.