Getting Women Back in the Workforce 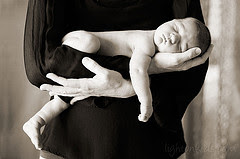 An ST article about getting women back into workforce, by offering them flexible work arrangements.

COMPANIES are hungry for workers yet are slow to turn to an 'under-utilised resource', said MP Halimah Yacob.

This resource: women at home, who should be lured back into the workforce with flexible options.

She urged companies to put in place arrangements such as part-time work or allowing them to work from home, replying to a question from a member of the
audience at the Singapore Tripartism Forum.

Ms Chang Shook Leng , a human resource consultant, had asked if the Government had any strategies to attract women back into the workforce.

Madam Halimah, who is leading a new tripartite group tackling the issue, appealed to the bosses present at the forum.

'We need to create a lot more opportunities... which are tailored to meet the needs of these women,' she said.

Currently, many quit their jobs when they are about 30, to take care of their family.

...... 'Women in Singapore are quite an underutilised resource. There are so many jobs... and everybody is screaming for workers, and there is this pool of women who we can tap,' she said.

Of course there can be various explanations for the above phenomenon (for example, the total number of women that Mr Wang happens to know is statistically insignificant). However, I suspect that many female employees have not obtained their desired flexible working arrangement simply because they didn't open their mouths and ask for it.

And the reason why they didn't ask for it is that they didn't think their employer would give it to them ("the company has no such HR policy", "it's not possible because it's never happened before in my workplace" etc). And since these women never asked for it, they never got it.

Ahh, my TAR theories at work again. However, even without going into reality-bending concepts again, I'm sure you can see the plain-vanilla common sense of what I'm saying.

Because once you start believing it's possible, you'll start thinking about how it will actually be possible. And you will get new ideas, of how to manage your work if you were to work a four-day week, or two days from home, or whatever it may be. And eventually you can take to your boss a convincing proposal that this is all for his best interests as well as yours.

There are all kinds of jobs out there. They can be structured and restructured in numerous ways. Handphones, emails, fax machines and the Internet link people even when they're not all sitting in the same office. There is no Divine Law out there which says that the optimal way to employ employees is to make them come to office five days a week, from X a.m to Y p.m..

Currently, flexible working hours exists as a standard system for european countries, men and women. Countries like Germany and France have 'negotiated' working arrangements which allow everything from coming to the office at unusual hours to working a 4-day week.

I'm not sure how we can translate that to Singaporean context, but as a realist, i believe this concept cannot yet be applied to locals, at least until they can be trusted NOT to abuse the system.

The level of affluence and ethics required to conduct oneself is paramount to ensure such a system works, and it requires the cooperation of all users. Else people may just 'reward' themselves with late arrivals and early release from their work.

At the moment, though, i believe some companies are already introducing alternatives such as 'permanent half day' posts for engineers and consultants, meaning the employee need only work from 0800h to 1230h. Of course the benefits and MC allowances are also correspondingly halved....

"I'm not sure how we can translate that to Singaporean context, but as a realist, i believe this concept cannot yet be applied to locals, at least until they can be trusted NOT to abuse the system."

If you believe that the Germans and the French are more hardworking and responsible than Singaporeans, then in your reality, they will be. ;)

From personal experience, I had asked for flexible working arrangements after having my 2nd child. This was not granted even though I had the support of my immediate superior.

Surprisingly, after I decided to tender my resignation, the company then decided to consider my request - by then it was too late.

All I can say is - the legal profession is notorious for not being family friendly - and one wonders why many women go in-house or leave the profession entirely.

In my company, in-house legal has about the same working hours as in practise. That is to say, 18-20 hours a day, and you're "on-call" 365 days a year. Unfortunately, I am dutybound not to share which company this is, sorry.

I think possible reasons people don't actively ask to be put on a flexible work arrangement scheme is because (1) they fear ending up with workload that's almost equivalent to the original but with half the pay or (2) they don't need the money and spending all their time with the family is more fulfilling to them.

I certainly don't feel them above us in terms of hard work or effort; rather their personal obligation to their own employment contracts to respect the flexible hours they enjoy. I've seen it first hand in both countries and their attitude towards it is truly first class.

Until our 3rd world mentality matches our 1st world infrastructure, this concept will create more friction in the office.

Again, i may speak from a perceived point of view, and i acknowledge that some among us are probably ready to embrace flexi-hours. But as a whole, the majority are still not quite ready.

My wife drives and sends our daughter to child care which operates from 7-7pm. Her current job has working hours from 9 am to 630 pm. She requested her boss to let her start earlier like 830 so that she leaves at 6 and be able to pick our daughter up at 630 pm, it was denied cos no such policies.

So instead she has to rush from her office, hoping there's no traffice jam along the way so that she can reach the child care by 7pm.

I am working in france and most of my female colleagues are working on a 4 day basis. One of them even has a friday off every alternate week. I think there are labour laws in place here so it helps in personal decision. From what Mr Wang says, it seems like the flexible working hours in Sg is based on the company policy.

As for productivity, we are all humans. In any system, there are abuses. With good management and motivation from bosses, all workers could be just as productivty with a flexi system.

In my company, we arrange weekly in a way that someone arrives at 8am and someone finishes at 7pm.

I agree that mothers should be given an opportunity to come out and work; in their own terms.

whether the women will get the flexibility depends very much on the nature of the job and the company culture. For eg would you like your secretary to go on flexi hours? It also depends on how much they need that person. If it is easily replaceable they will just fire the staff when they cannot commit

I think it is a waste of effort trying to get the company to change . Change a company or job might be a better option.

Beside we are in an age where the company thinks of how to leverage on the employees. If you take a lousy deal they might consider :)

Mr Wang said: "However, I suspect that many female employees have not obtained their desired flexible working arrangement simply because they didn't open their mouths and ask for it."

Pissed-off mum opened her mouth, asked for it and was told to piss-off. And we are talking about an MNC here. Reason given, she's leading a team, she needs to be in her office and motivate her staff. Hogwash. So pissed-off mum left and joined another MNC - a competitor of that myopic company - and is kicking their ass, enjoying her last laugh.

You know what they say about the hands that rock the cradle...